Major has developed a unique solution for grain puffing for continuous expansion of grain for cereal and snack food.

In 2016 Major commenced development and manufacture of a machine for continuous puffing of sorghum and corn grain.

Sorghum and corn puffing had been traditionally produced using batch processes with low production rates and low yield. The key challenge was to fully understand the optimum puffing temperature and residence time of the grain in the heating chamber to avoid overcooking or undercooking and minimize the amount of defective product. The aerodynamical characteristics of raw and puffed grain during puffing.

Product is loaded in the low care area with expanded product delivered to the high care clean room. Product exiting the puffing chamber is sieved prior to passing through a cooling conveyor to packing. Unpuffed particles are separated prior to product cooling and packing. Dust in the air recirculation system is captured and removed.

The PLC control system enables the operator to monitor the system from a single work station and recipes can be programmed for different products.

Other benefits of the design include minimum operator involvement and low noise whilst maintaining consistent product quality. 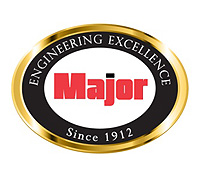