Introducing a previously unheard of beverage (chai latte) to the café industry was a daunting challenge. The typical café owner is desperately time-poor and has 100 things more pressingly urgent than an ‘exotic new drink’ which customers weren’t asking for, that sounded expensive and seemed tricky to make/serve and was more likely to cannabilise existing takings than increase profits.

To succeed against that background required two things… strong consumer ‘pull-through’ and a fail-safe product that: was simplicity itself to make/serve; cost less to buy and prepare than coffee yet sold at the same price; appealed largely to non-coffee drinkers and so didn’t steal a single coffee sale; consistently reproduced a drink with wide consumer appeal every time, and; created a new point of difference for the café. Better yet,,. it would also meet the ‘healthier’ credentials increasingly sought by consumers.

Bondi Chai Latte was created to meet and surpass all those pre-requisites. A powdered pre-mix uniquely formulated to dissolve into milk (unlike other pre-mixed powders) that met and often exceeded the demands of both consumer and café owner. For the non-coffee drinking café goer feeling ‘left out’ without a warm, sweet frothy milk drink in front of them, Bondi Chai consistently delivered an ‘almost addictive’ creaminess and flavour (chai latte, as the name implies is a milk-based drink and cannot be authentically reproduced using water-soluble powder). For the café owner, the powder is inexpensive, prepared in seconds with no special skills, is shelf-stable, and supports at least the same price as coffee. As well, the powder is made with only natural ingredients and none of the ‘industrial nasties’ typically associated with powders.

Whilst initially launched into the hot beverage market, Bondi Chai’s unique characteristics and taste profile are taking the product into numerous other arenas from ice-cream to baked desserts and numerous iced drink recipes, while its natural ingredients and milk-based formulation are opening up opportunities as a calcium-rich iced beverage for school children of all ages. 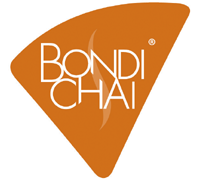