Premium instant moulding powder used to set all types of food and liquids into moulds or shapes to increase patient satisfaction with meal appearance. 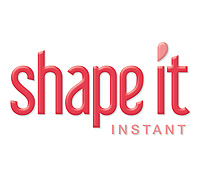 Maintaining good nutrition depends on one’s ability to consume a wide variety of foods. Unfortunately, health problems can sometimes make eating difficult. For example a texture-modified diet may be prescribed for someone who has had a stroke, suffered a head/neck injury or has difficulty chewing properly. The required level of food and fluid texture is prescribed by a speech pathologist, while dietitians ensure individuals are meeting their hydration and nutrition needs.

Puree foods are, by definition, smooth, moist and lump free. Traditionally the presentation methods applied to smooth pureed foods have been limited to using an ice cream scoop to place each meal component on the plate, serving meal components separately in bowls or on a divided plate and sometimes mixed all together.

Flavour Creations believes combating malnutrition and dehydration starts and ends with food and the best way to make food more enticing is to improve its presentation. Using moulding techniques to serve pureed foods in shapes that resemble their original form has been found to increase patient satisfaction with meal appearance, increase nutritional intake and reduce plate waste.

In 2016, Flavour Creations developed a range of texture-modified product solutions including Shape It, a premium instant moulding powder used to set all types of food and liquids into moulds or shapes.  Shape It is a natural product that is gluten, soy, nut and dairy free. Shape It was developed to specifically address the need to enhance the dining experience by ensuring the food served looks as natural and or appealing as possible without compromising flavour or aroma.

Adding Shape It to pureed foods allows them to be moulded or shaped to a three-dimensional form that either resembles the original food, or is in a shape that adds interest and visual appeal to the plate; while maintaining a texture that is still suitable for people on a smooth puree diet.

Moulding foods and fluids with Shape It will not take any additional time. By adding Shape It into the front part of the food service process, will save more time at the back end. There will be no more scraping half-eaten plates of food into the trash and soaking plates to remove dried uneaten food will become a thing of the past.

Forming food into shapes suitable for use as finger foods is especially important for dementia patients who might have difficulty using a knife and fork and find it much easier to pick food up and eat it. Finger foods can also be eaten whilst standing or moving around, which is ideal for people who have difficulty remaining seated during mealtimes. Being able to choose what they want to eat when they want is far more preferable to being fed by someone else. It helps restore some dignity and offers them greater control over their mealtimes, which in turn can enhance their self-esteem and engagement and ultimately help improve food intake and nutritional health.

In addition to Shape It, Flavour Creations also developed a pureed food recipe book called shaped and launched a range of Shape It Food Moulds. These products have played a significant role in increasing patient satisfaction with meal appearance, increasing nutritional intake and reducing plate waste.

Watch the Shape It video 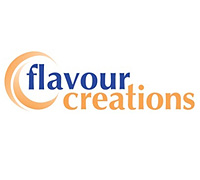