A centuries old recipe transformed to leave a positive legacy for youth.

When a Nature’s Harvest team member first proposed serving a “turmeric latte” or golden milk in their health food café in Cottesloe, Western Australia, the owners Hament & Sonal laughed, while remembering how their mothers used to give them turmeric and milk when they were children! “Of course, we were unaware of the health benefits back then”, they said.

They used this centuries old recipe and sourced high quality turmeric (5% Curcumin) and enriched it with ginger, vanilla, and chilli. Black pepper was added for its known benefits for enhancing absorption and Ceylon cinnamon for its superior qualities over cassia cinnamon.  The mix evolved into a unique blend of seven spices. Production was small with no driving force to expand distribution until they met a young man in May 2016 with an incredible story.

At age 13, the young man, who was suicidal and struggling, received a scholarship to a youth leadership program that transformed his life. He now lives a life of constant smiles. Inspired to spread the light and the message of hope, Hament & Sonal decided to donate $1 to $3 for every pack sold to Magic Moments Foundation to provide scholarships for youth to attend their Youth Leadership and Business Summit, a powerful transformational 5 day program.

In an article about their turmeric latte mix, Hament mentioned that we would raise over $1 million for Magic Moments, to which the journalist added unbeknownst to him  ‘in the next 12 months’. As Hament, picked up the phone to revise her edit, he felt in his heart that this was not a mistake. Thus, their journey began!

Power of innovation to elevate humanity

Working towards this higher purpose, they quickly expanded to over 250 outlets across Australia. The next step would be international.

A resounding “No.” came from everyone they initially approached in England, to stock Turmeric Latte Mix, including Whole Foods Market, whom they love. After 5 minutes of sitting in what felt like inevitable defeat, the movie “Walt before Mickey” came to Hament’s mind. Walt Disney failed numerous times before his success, and again his heart was ignited to never give up!

With a card and heartfelt letter, he sent a sample of Turmeric Latte Mix to Wholefoods Market UK. To his surprise, a few weeks later he received an email from them, and with their newfound interest they helped lead the way to introduce the product throughout the UK and support this greater cause.

After watching a movie called Lion which has a statistic that 80,000 kids go missing every year! They decided to commit to their mission impossible to provide 10,000 scholarships for youth globally!

Although their journey seems impossibly high, they look up every day and see their purpose for an inspired generation and look back and realise even more that it tastes so good for a reason.

Since May 2016, around 3 million cups of Turmeric Latte Mix have been served and youth from many countries including Australia, New Zealand, UK, US, Africa and Philippines have been sponsored.

If I hadn’t come to Magic Moments,
I would never have found a solution for the
youth of Africa. If Magic Moments continues
what they are doing, we will no longer be the
‘lost generation’ but the future leaders
of tomorrow.

Thank you for the experience of being part
of the Magic Moments Family. You have
given me the ability to overcome my fears and
believe in myself again. Thank you for saving
my life. 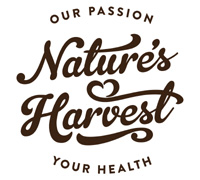